Manual Extraction of the Invasive Prickly Pear a Possibility 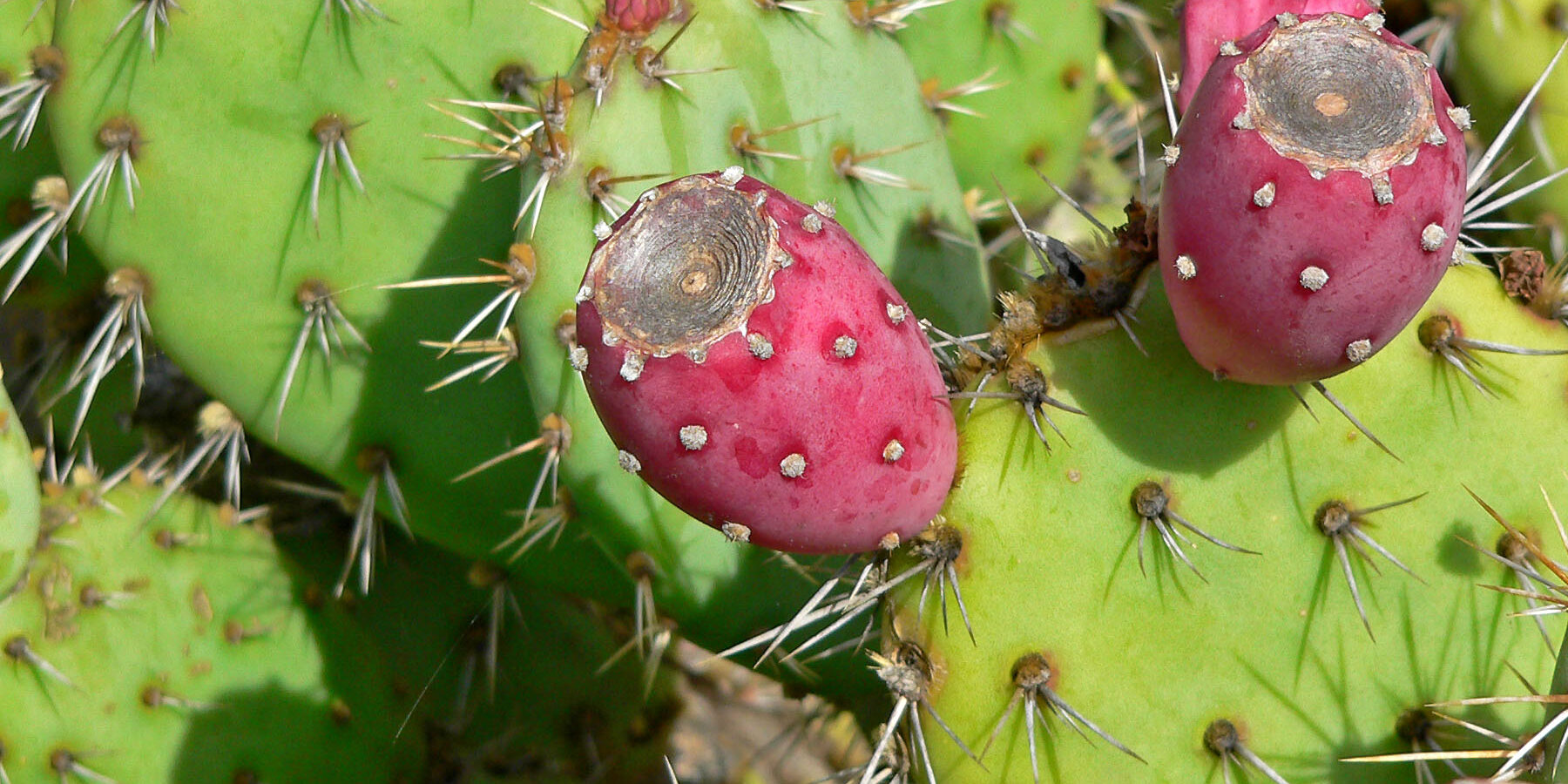 The prickly pear, or Opuntia, is taking over our rangelands!

Brought into Kenya’s Northern Laikipia territory over 40 years ago to be used as a live fence on ranches, the prickly pear has kept out trespassers and indicated land boundaries.

Today the prickly pear demonstrates a natural aggressiveness and occupies vast stretches of land, displacing pasture and taking over indigenous plants. The fruits produced by the cacti attract livestock and humans alike with their sweet flesh. This is part of the reason why the plant has spread like wildfire in such a short period of time.

Last year the Cochineal (Dactylopius coccus) a “super bug” that originates from South America and Mexico, was introduced in Laikipia. Many people hoped it would wipe out Opuntia. The cochineal is an insect specific to one species of prickly pear. It can heavily infest the prickly pear leaves, destroying the plant gradually until it finally dies.

The female inserts a tube into the pad, much like putting a straw into a soda. She sucks the plant dry. This is the way she obtains nourishment. She also secretes a white, web-like material over the plant for camouflage and to prevent the plant she is feeding on from drying out too quickly.

In April 2015, John Weller from Ol Jogi Conservancy, together with Dr. Arne Witt from the Centre for Agriculture and Biosciences (CABI), Prof. Geoffrey Wahungu, the Director General of NEMA, Laikipia local government, and community groups officially launched the first public release of the Cochineal insect after 2 years of intense trials.

But uptake of the Cochineal insect among ranches has been really slow, and the insect spreads even more slowly. Since prickly pear displaces natural vegetation and grasslands, what is the best thing to be done?

In a meeting held on February 2016, group ranches Musul, Ilmotiok, Ilpolei, Morupusi and Munishoi came together. With the participation of the Laikipia Wildlife Forum, Northern Rangelands Trust, the National Environmental Management Authority, Laikipia County Government, rangeland officers and representatives of Suiyan Ranch, the groups met under the leadership of the International Conservation Caucus Foundation supported by USAID, to discuss the manual removal of Opuntia. Using methods recommended by the County Government and tried and tested by ranch managers in Laikipia, the County pledged to support manual destruction trials under the new financial year budget through the ministry of Natural Resources.

Opuntia spreads remarkably fast especially when baboons and elephants move across the landscape. Livestock are affected if they eat the fruit of the Opuntia. Eating the prickly pear can destroy their digestive systems.

The negative impact to our lands from the cactus is undeniable. We must look at additional ways to reduce the effects of the plant on our grasslands, our livestock and our livelihoods. It is for this reason that additional solutions must be implemented to increase the rate at which the plant is destroyed.

Many species of invasive plants cost the County significant loss of grasslands and revenue from livestock. LWF plans to include invasive species management and eradication as part of its future rangelands management programming in Laikipia.

Championing Water Storage in the Face of Climate Change
July 12, 2021