Biking and Hiking for Rhino Conservation 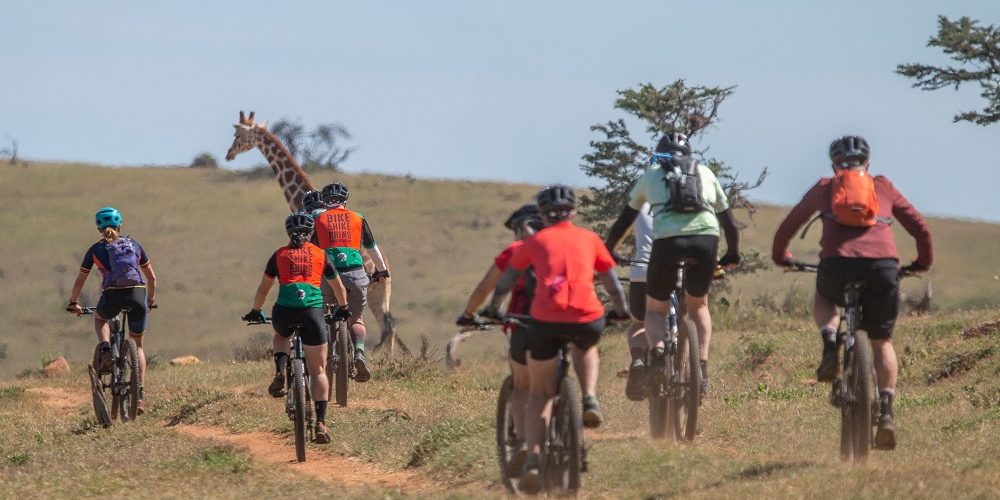 What makes for an appealing safari and fundraiser these days? It appears that a bike and hike combination, dedicated to conservation and outdoor adventure works wonders!

Between February 1st and 12th, 8 adventure clients from the USA joined the Adventure for Rhinos safari- a multi-sport adventure dedicated to rhino conservation in the Laikipia landscape. Starting at the Mount Kenya Safari Club, the adventurers biked through the mountain’s forest to Ol Pejeta Conservancy, where they met Fatu and Najin (the Northern White Rhinos) and Baraka (the blind black rhino). 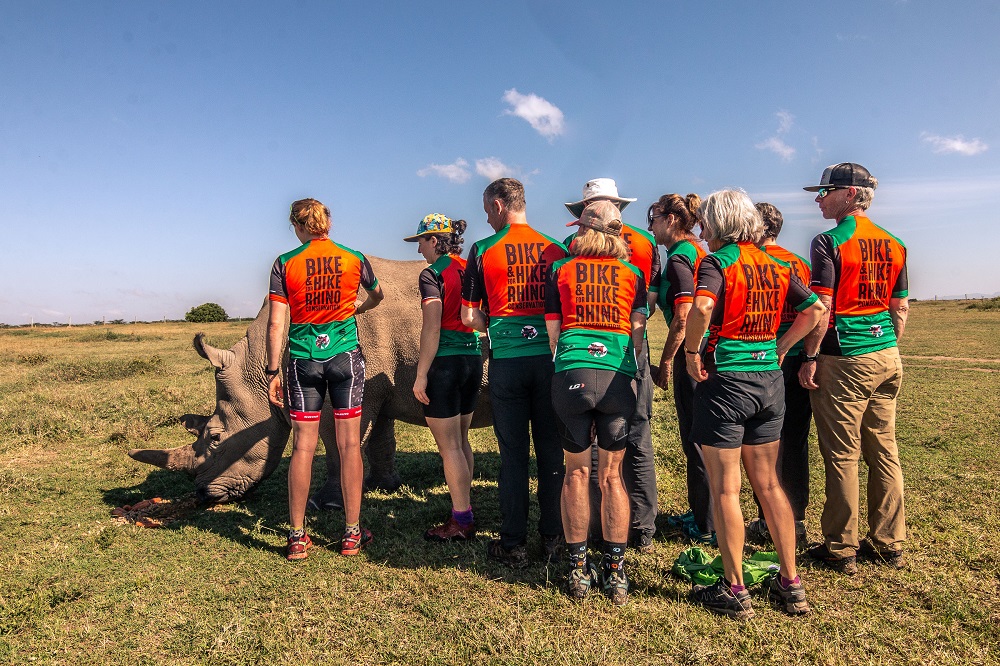 They rode through Ol Pejeta with wildlife by their sides, but had to cut their bike ride short due to a huge herd of elephants. On Day 5, the adventurers biked rom Kicheche Camp to Jua Kali with Nanyuki’s local cycling team- Nanyuki Mambas and finally on to the Lolldaiga Hills. The last day of biking was an arduous one, with some serious elevation gain. The route went from Lolldaiga to Borana Conservancy, through Ole Naishu. After a “rest” day on Borana Conservancy, the adventurers climbed Mt. Kenya on the Timau route, all of them summiting Point Lenana.

Riding alongside giraffes on Lolldaiga was thrilling, walking through the savannah of Ol Pejeta listening to lions roar in the distance was gripping, having to pause mid bicycle ride to watch a herd of elephants was spellbinding and watching the sun set behind Batian and Nelion, Mt. Kenya’s tallest peaks held us all in awe. 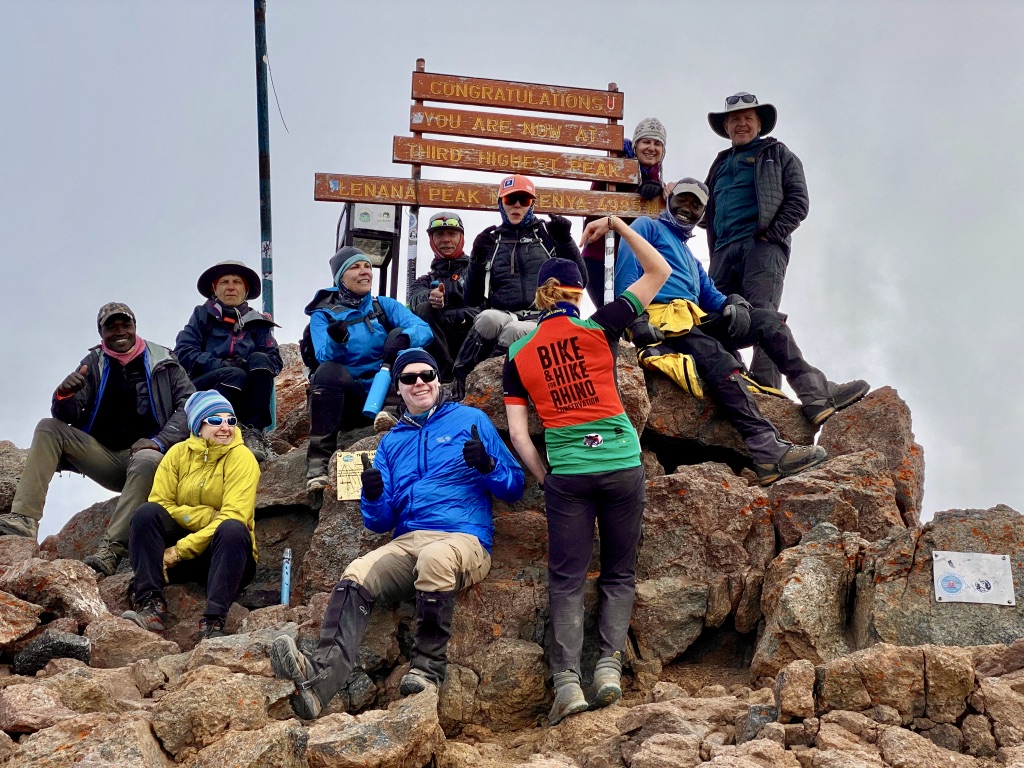 The adventurers biked over 190km with over 2,900m of elevation in 5 days and then climbed Mt. Kenya, which was a hike of 46km with 2,545m of elevation. Congrats to all of them!

The ‘safari’ was an adventure, a journey and an opportunity to exhibit wildlife conservation in Laikipia, in particular rhino conservation. The safari took the adventurers through sanctuaries that host rhinos and conservancies that are hoping to host rhinos in the future. And to tie it all together, the guests climbed Mt. Kenya to get a bird’s eye perspective of the Laikipian landscape.

Adventure for Rhinos is connected with the Laikipia Forum’s efforts to raise funds and awareness for expanded rhino conservation in Laikipia. This effort is called the #RhinoRevivalFund. The Rhino Revival Fund was conceived more than four years ago to serve the conservation needs of our area. We continue to explore ways in which communities, government, and landowners can become more directly involved and successful with wildlife conservation. This fundraising trip has made almost $50,000!!

The Rhino Revival Fund is the foundation for a more ambitious grant funding mechanism for wildlife conservation in the greater Laikipia landscape. The Mazingira Conservation Fund will soon grow to USD$200,000 with a 4:1 match, and help support community-led efforts to engage in expanded conservation activities. You can learn more about the MCF here.

Adventure for Rhinos would like to acknowledge the following partners and sites for their contributions to this effort:

The Laikipia Forum Confirms Members of its New Board and Appoints a New Chair
August 31, 2022