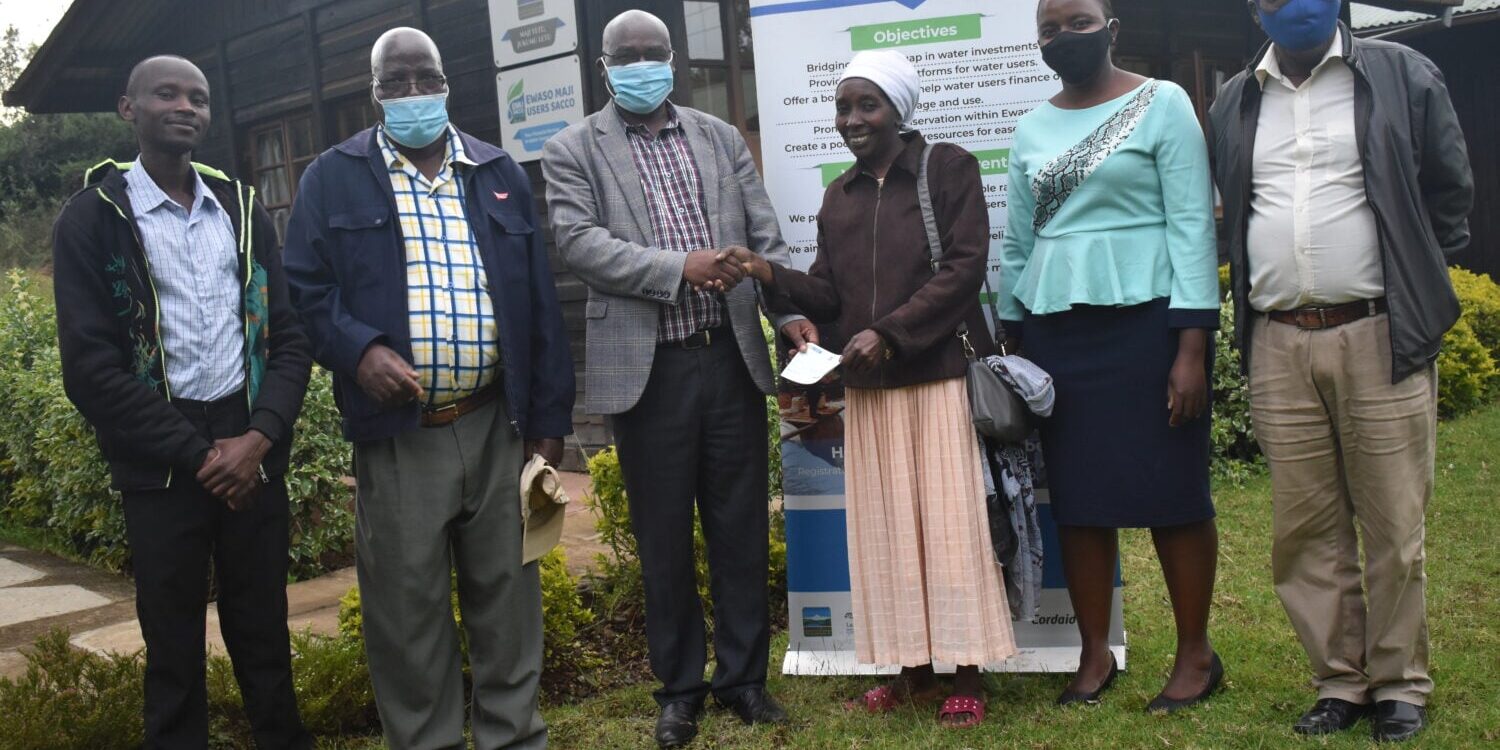 Environmental shocks such as droughts and flooding can cause problems for any community. But communities whose livelihoods depend on scarce resources and are poor are particularly vulnerable.

In the Ewaso Basin, where its population depends on agriculture for their livelihoods, recurrent droughts and floods are increasingly creating poverty traps for many households.

Poverty and hunger alleviation is still the dominant issue among rural communities. Rain-fed agriculture provides food and livelihoods for both the rural and urban population. A shift from reliance on rain-fed agriculture in conventional smallholder farming systems can provide a win-win solution. A shift to greater water security can secure crop production, and enable other much-needed investments in nutrients, weeding, seed quality, and better management operations.

Agnes Wambui a farmer from Umande ward, practices rain-fed agriculture.  Being a riparian land owner, she also irrigates her crops from the Sirimon River. But there are times when she has lost her crops due to prolonged droughts. During such times the river dries up completely, often due to over- abstraction. Agnes narrated how she lost acres of onions and cabbages multiple times due to prolonged droughts.

Storing rain and flood water for dry season irrigation is not accessible to many farmers, as their rain-fed production history makes them unattractive to commercial banks.

The EMU SACCO provides a credible vehicle for small holder farmers like Agnes to partner with private sector and donors to reduce financial barriers while using farming expertise to mitigate lending risks and linking farmers with suppliers offering preferential rates on irrigation and water storage supplies.

Private sector and donor support is combined with members’ contributions to capitalize the loan facility and to provide technical farming support services. EMU SACCO revenue is derived from interest on loans and capital. Maji Chap Chap is specifically targeted at competent small holder farmers with a rain fed production history who aspire to an irrigated production future.

Although demand driven, marketing of the credit products focuses on women and youth. Lending risks are mitigated through a rigorous appraisal process that assesses eligibility, character, farming competence and business risks and supports farmers along the pathway to become successful irrigation farmers. Gross margins are 300% higher from irrigated agriculture than from rain-fed small holder farming making loan repayments affordable over a 5-year return period at a competitive interest of 6% (business loans with commercial banks currently charge about 12% or more).

Agnes was the first beneficiary of the Maji Chap Chap loan and she is currently working with EMU SACCO’s technical department that came in handy to assist members with the technical expertise they need on the ground. Agnes will acquire a million liter water pan that will bring her woes of being rain- dependent farmer to an end.

The EMU Sacco operates independently but is supported by the Mt. Kenya Ewaso Water Partnership and the Laikipia Forum.