Government Sets Aside Ksh 3.2B To Fight Second Wave of Locust Invasion 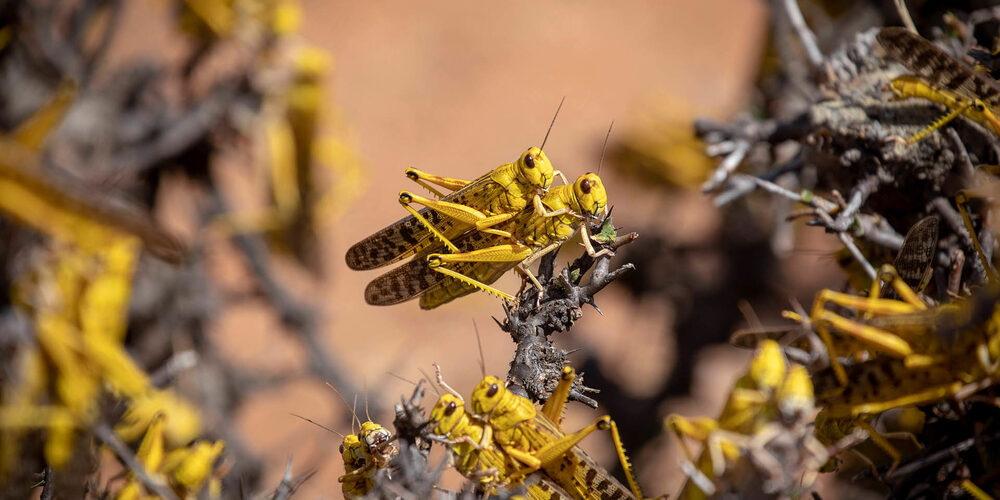 The Government of Kenya, in conjunction with the Food and Agriculture Organization (FAO), has set aside Ksh 3.2 billion to deal with the second wave invasion of the desert locust in the Country.

Agriculture Cabinet Secretary Peter Munya, while speaking in Naivasha during a consultative meeting, said the government has managed to contain the first wave of the invasion, which was first reported in December 2019 although there were a few remnant locust groups in four counties.

The CS further said the government was now concentrating more in counties bordering Somalia, saying studies had indicated that the destructive pests would invade the Country from Central Somalia.

For more on this story click on link below

Locust are expected to remain a threat to parts of Laikipia into December and the new year. County and National Governments have set up WhatsApp groups in order to monitor and report on locust swarm sightings. There is an App being used to ensure locations are recorded and shared with authorities in charge of desert locust eradication. Training of field observers is conducted regularly, even during the pandemic.

Virginia Wahome, of the Laikipia County Government, is coordinating the effort for the County. For more information or to help: virginia.wahome@laikipia.go.ke