Community Members Give a Mutara Common Intake the Greenlight 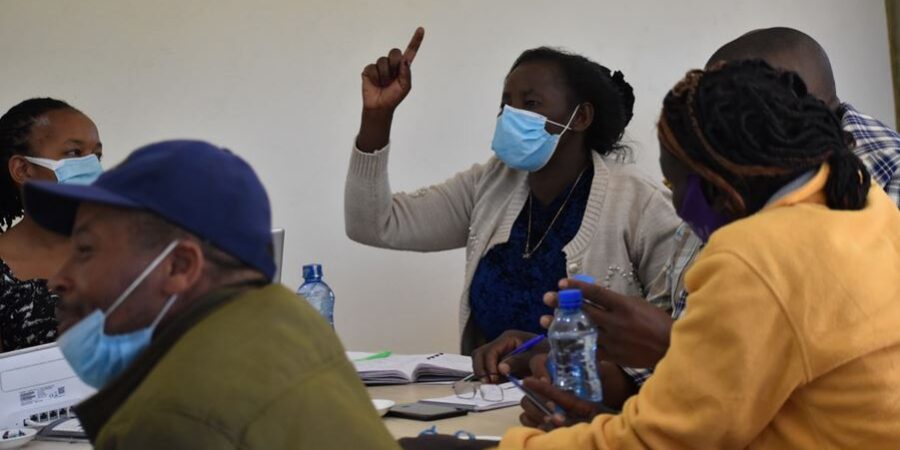 The Laikipia Water, Cattle and Wildlife Project, recently held a meeting with the Mutara and Suguroi Community members to address water and to accept a COMMON INTAKE as the best option for their future water management.

The meeting was aimed at assisting these community members to become conversant with the technical studies needed for the construction of the Mutara Common Intake. It is estimated that Mutara is a lifeline for roughly 30,000 households, plus livestock and wildlife in Laikipia County.

The Common Intake is designed to capture and distribute water equitably from a river to community water points. For years there have been widespread water conflicts resulting from misuse and abuse of the water source as a consequence of population growth, unlawful abstraction, and unsustainable and inefficient water use. A common water intake is the best solution to the water challenges and will be a great benefit, not only for the farmers but for pastoralists and downstream wildlife conservancies. Construction of the Common Intake and piped water system is estimated at  KSH 40M.

Among other parts of its assistance, the Project supported the development of a hydrological report, EIA, and engineering design as part of the technical support to the water component of the Project. The meeting was a chance for WRUA and community members to review these reports.

The water engineers and MKEWP guided the community members through the technical studies. They highlighted that the water allocation of 60% was more than the allocation given other subcatchments. The law stipulates it should be 25%. They also felt that the 60% water allocation specified in the report would not be able to cater to their increasing water demands.

However, all participants reiterated the importance of efficient water use and the purpose and design of the Common Intake was unanimously approved.

The following actions were agreed upon:

This project has been supported by

The Forum has been supporting the delivery of field-based operations for water management activities through the Mount Kenya Ewaso Water Partnership (MKEWP) to ensure integration with landscape-level activities.