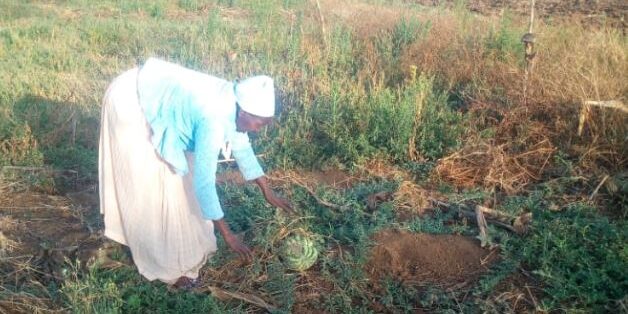 2019 was a difficult year for Agnes Wambui of Umande, Laikipia. Her words sum it up best, “The land dried up and my crops did not grow well because the rains came late.”

Without modern farming tools and techniques, Agnes was particularly susceptible to the unpredictable changes in climate.

Irrigation helps reduce the vulnerability of smallholder farmers, but only when combined with the use of good production practices and planting of high-value crops that generate significantly more income to help farmers stay out of poverty.

An image of Agnes’s water pan  that has drastically improved her farming.

With technical assistance provided by EMU SACCO, which helped her install a 1-million-litre water pan, Agnes saw drastic increases in yield in the next planting cycle: 500 per cent more maize and 600 per cent more potato crops harvested.

With reliable access to water, Agnes has been able to rotate her crop production to generate year-round income.  Agnes, who was initially only growing Irish potatoes on her farm, has transitioned to include other crops such as sweet potatoes, watermelons and oranges for commercial purposes.

“With just a little land, I produce a lot. Thanks to irrigation and technical assistance, I now use correct distances, raised beds, fertigation, and follow the recommended practices,” she said proudly.

Agnes credits irrigation and crop diversification with helping her family prosper, even during the economic crisis caused by the Covid 19 pandemic. “During this challenging time, food prices were slashed nearly in half. I now generate more income, and my children go to school and are better fed.  Before it was difficult to earn money.”

Agnes has developed a strong, trusting relationship with EMUSACCO’s technicians. Her community is also impressed with her progress and have joined the SACCO; they are also working towards acquiring water storage both at on-farm and at communal project levels.

“Without irrigation, you cannot harvest anything, you can only depend on the rains for corn and beans.”