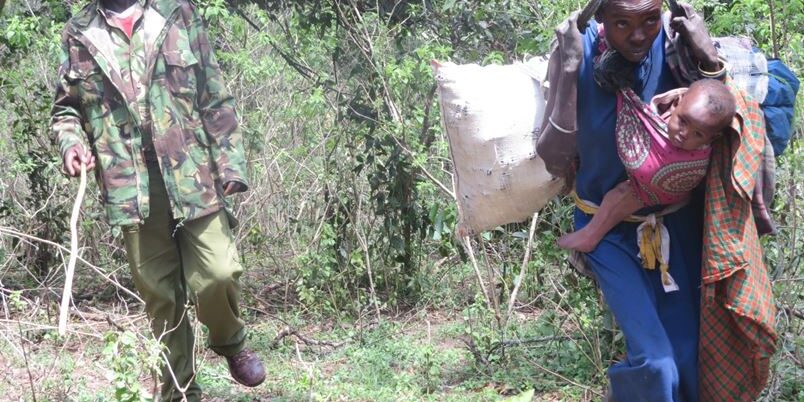 The BIOPAMA Rapid Response Grant started in earnest in the Mukogodo Forest. The Project support is geared towards enhancing communication, security, wildlife, and habitat monitoring in the face of the COVID pandemic.

All the twelve ILMAMUSI CFA Rangers working across Mukogodo forest are involved in this Project. This is an important and significant shift in law enforcement and collaboration with Borana Conservancy’s security team, Lewa Wildlife Conservancy, and the Kenya Forest Service.

The CFA Rangers in Mukogodo are drawn from the surrounding Maasai community living around Mukogodo Forest. They have broad understanding of the ecology, socio-cultural and economic aspects of the forest and its adjacent community. Since the COVID pandemic struck in 2020, there has been major disruptions to conservation activities in Kenya and the world at large. The ILMAMUSI Rangers were not spared either, the Community Forest Association was struggling financially with no income from friends and tourism. The Rangers were on reduced salaries for the better part of 2020.

The BIOPAMA Rapid Response Grant drastically changed the situation at the beginning of 2021; the Rangers resumed full salaries, they resumed daily patrols of the forest, and they consistently give reports and increased their collaboration with other security players in Mukogodo Landscape.

The forest is divided into four patrol blocks: Ilngwesi, Makurian, Kurikuri and Sieku/Lekkuruki , and each of the block is patrolled by three CFA Rangers. The increased patrols in Kurikuri patrol block with a combined team of six CFA Rangers has brought swift and timely action on illegal charcoal production. Inside the forest; three active kilns have been destroyed (one kiln would yield about 3 to 4 sacks of charcoal) which is sold in the rapidly urbanizing Doldol town in Laikipia North Sub-county. The persons responsible for charcoal production have been identified and Kenya Forest Service Officer informed for the appropriate action to be taken.

Rangers endure long hours in the field, conducting surveillance, collecting data, and gathering intelligence information. They have a subsidiary role of securing people, property, wildlife, and the habitats. The structured and consistent law enforcement efforts in Mukogodo forest have improved as well, including five CFA Rangers who hold the rank of National Police Reservist. They had their firearms re-issued and now add anti-poaching interventions and improved security in an area prone to cattle theft.

According to James Saikong, one of the ILMAMUSI CFA Rangers, their push to eradicate illegal charcoal production around Doldol area is bearing fruit. Their approach has been regular patrols, awareness about the negative effects of environmental destruction during community barazas and urging the charcoal dealers to cease the trade. He remembers some years back how Kurikuri area would billow with smoke from the numerous charcoal kilns and their representatives to the ILMAMUSI CFA Board would be confronted with questions about the status of charcoal burning in their area. He is pleased that the situation has improved for the better. They are now dealing with some few isolated incidences of charcoal production.

The impact of the BIOPAMA Rapid Response Grant is gradually taking shape, the level of collaboration between the ILMAMUSI CFA Security team at the landscape level has increased and there is a rise in long-term investment in law enforcement in Mukogodo forest including fundraising for construction of two permanent Ranger’s patrol bases.