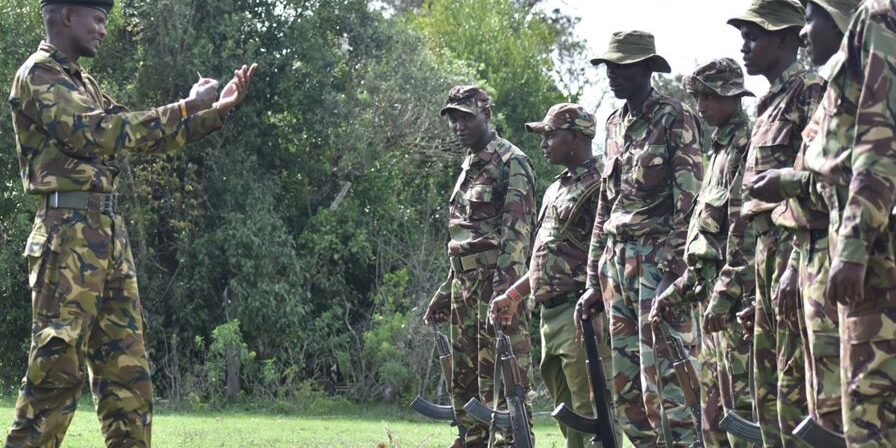 ILMAMUSI CFA Rangers concluded 4 day training on digital radio communications and Earth Ranger. The training took place at the CFA offices and inside Mukogodo Forest with the aim to equip ILMAMUSI CFA rangers with skills on how to operate Earth Ranger software and produce reports from data collected during their patrols.  The training was to also equip the rangers with knowledge and skills on weapons handlings and safety, occurrence book reporting. The training enabled the scouts to understand how to use digital radios, patrol procedures and skills for drills and to eventually to equip the rangers with knowledge our Wildlife Management and Forest Acts.

The Earth Ranger is a software solution that aids protected area managers, ecologists, and wildlife biologists in making more informed operational decisions for wildlife conservation. The training took place at Loiragai CFA headquarters as from 14th December to 18th December 2021, with a total of 14 people being trained: 11 rangers, the CFA Manager, admin assistant, and security coordinator.

The trainers were from Lewa wildlife conservancy and the National Police Service, Loiragai station.

Isaac Kiptoo, one of the trainers from Lewa Conservancy, mentioned that having such kind of trainings was highly beneficial to the rangers, as it would eventually play a major role in our coordinated efforts at security and community engagement in the greater Mukogodo landscape.

The Training was provided with support The BIOPAMA Mukogodo Support Project, supported by the European Union and the African, Caribbean and Pacific Group of States

DISCLAIMER: This article has been produced with the financial assistance of the European Union and the Organization of African, Caribbean and Pacific States through the BIOPAMA Programme. The contents of this document are the sole responsibility of Laikipia Forum and can under no circumstances be regarded as reflecting the position of the European Union or of the Organisation of African, Caribbean and Pacific States.