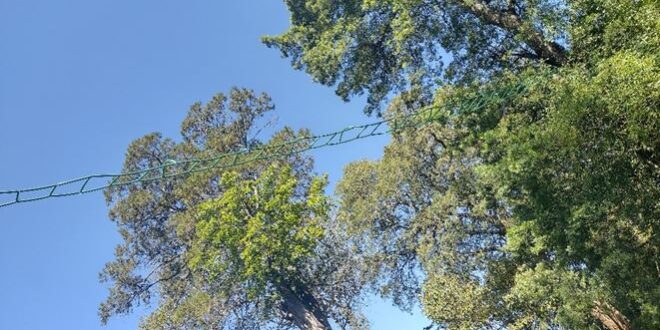 The Ontulili River and Forest are home to several primates, and the common ones are the Colobus and the Blue Monkey.

The Colobus Monkey is fast-moving compared to the other primates, and that is one among other ways in which the colobus monkey avoids their predators and enemies along the river, moving and sticking together as a group. The Ontulili River and Forest are characterised by a riverine forest that forms a habitat for these exceptional monkeys.

Colobus prefer a denser forest as compared to other monkeys. Ontulili Forest is generally densely forested, but some patches are sparsely covered by trees making Colobus navigation between the trees hard. Ontulili Primates Protection partnered with Mount Kenya Trust to ease the monkey’s movement between areas with the sparse tree cover.

This partnership has led to the installation of the “colo”-bridge commonly used by the Colobus to move between areas with sparse tree cover.  A camera trap will soon be installed to get to know what other wildlife are using the bridge.