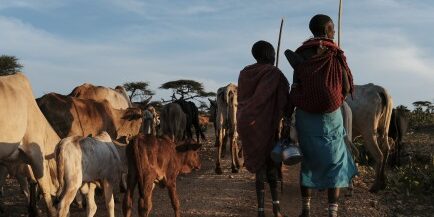 Resource competition, climate change and politics can be considered as the primary catalysts to the menace that is cattle rustling, not only in Kenya but in East Africa at large. In Laikipia for instance, these particular issues have taken center stage time and time again.

With the lack of rains within the landscape, herders from Kenya’s arid and semi-arid regions take their cattle to Laikipia, sometimes leading to violent clashes among rival herder communities or between herders, on the one hand, and farmers and ranchers on the other.

Some of the worst violence in recent years has centered around western Laikipia county, where the immediate trigger for fighting often involves cattle rustling by rival communities (mainly Pokot, Samburu and Turkana) or the movement by herders of their cattle onto private ranches, conservancies and cultivated land.

Mohamed Daghar and Willis Okumu, the authors of ‘Could a revised Mifugo Protocol end cattle rustling in East Africa?’ strongly believe that East African governments must address decades of socio-economic and political marginalization of pastoralist lands in the region if we are to find a solution to the perennial cattle rustling cases.

Article by the Laikipia Forum taken from