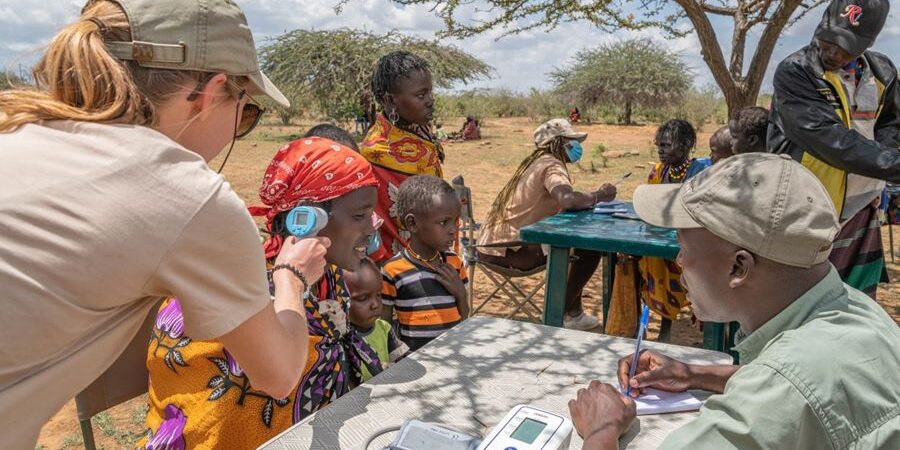 Basic healthcare is not readily accessible to many of our community neighbours in Laikipia. Services that so many of us take for granted on a daily basis such as immunizations, family planning and access to medical treatments are almost unheard of in many remote areas.  Conservancies like Mugie are doing their part to address those with whom the live as neighbours and who lack basic healthcare  services.

The Governors’ Mugie House team recently sponsored a medical outreach clinic that was run in collaboration with our partners The Moyo Foundation and the Mugie Conservancy, with huge support from the Kenya Defence Forces medical team.

A remote location in the Lodabu area was selected for service delivery and 154 patients were attended to. Governors’ Mugie House staff were instrumental in helping Mugie nurse Jedidah, in taking basic information from patients (blood pressure, heart rate, temperature, weight, age and names) before referring the patients to the KDF doctors for full medical checks, treatments, prescriptions or referrals. The majority of aliments reported were respiratory, gastrointestinal, skin and musculoskeletal issues. Many medications were dispensed on site and all patients received dewormers (unless pregnant). 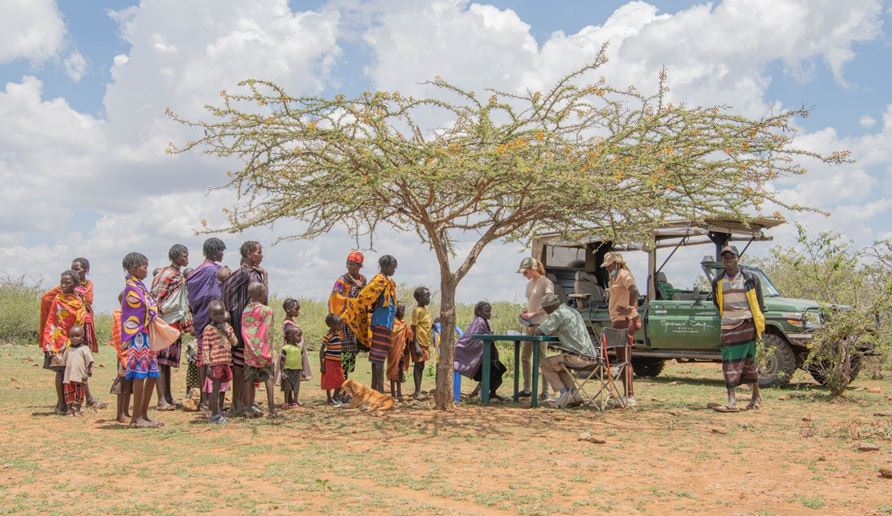 Following the recent Social Assessment for Protected Areas (SAPA) exercise conducted with support from USAID, Mugie Conservancy have expressed their intention to increase the number of medical outreach clinics (currently they run one or two events per month). Such outreach ranked among the best activities provided by the conservancy to their neighbours. The outreach not only improves the wellbeing of the community, but also improve the communities’ relationship with the conservancy.

If you’re interested in supporting this initiative, or would like to stay at the Governor’s Mugie House, get in touch through 0722717529 or info@governorscamp.com