Effects of Climate Change on the African Farmer and Adaptation Mechanisms 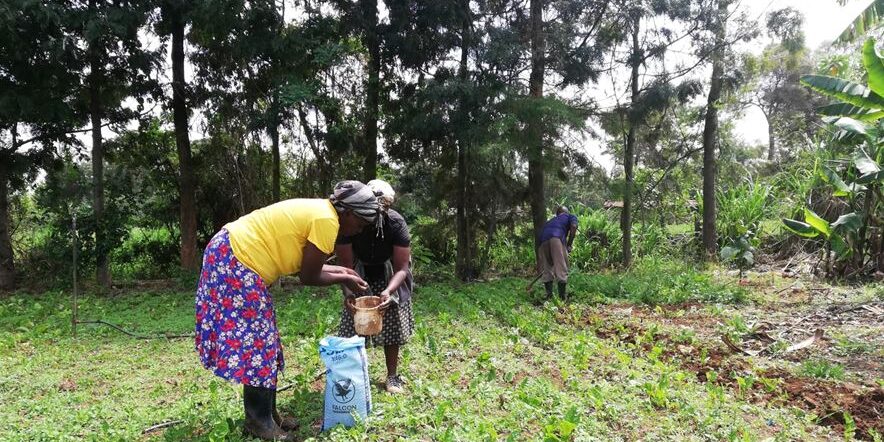 The 27th Conference of Parties (COP27) is described as an African COP which must address climate change challenges in Africa. Africa contributes only 3% to greenhouse gas emissions but suffers disproportionately from its impacts.

Farmers in Sub-Saharan Africa are particularly vulnerable to climate change, because they mostly rely on rain-fed agriculture instead of irrigation. In Kenya for instance, the short rainy season typically lasts from October to December, after which the weather becomes too dry to support growing crops. Every year has its own challenges but thanks to climate change, farmers are now facing greater difficulties.

As World leaders meet for COP27 from 6th to 18th Nov in Egypt, communities around the world are grappling with the compounded impacts of a global pandemic, growing pressures from climate crisis, high energy and fertilizer prices, and protracted conflicts, which have disrupted production and supply chains and dramatically increased global food insecurity, especially for the most vulnerable.

Currently, millions of Kenyans desperately need water and food due to what can be described as the worst drought to hit the country in the decade. According to the National Drought Mangement Authority (NDMA) the drought situation continues to worsen in 20 Arid and Semi-Arid Lands (ASAL) counties. The food insecurity is primarily driven by a combination of shocks, including a fourth successive below average rainy season which was poorly distributed in space and short-lived resulting in below average crop production to near crop failure and poor livestock production; localized resource-based conflict; and high food prices as a result of the war in Ukraine and low in-country production.

The effects of climate change on agriculture to the African farmer can result in lower crop yields and poor nutritional quality due to drought, heat waves, cold snaps and frost, severe storms and flooding as well as increases in pests and plant diseases. Recently, Sub-Saharan Africa has witnessed the spread of fall armyworms, an invasive caterpillar that can devastate maize yields when left unchecked. We still don’t know for sure what caused this outbreak, but some scientists have linked its spread with climate change.

What can African farmers do to adapt  to the effects of climate change?

While the future may look uncertain, it’s never too late to reverse the course. Governments, non-govermental institutions, and private sector groups need to include support for smallholder farmers in their wider efforts to combat climate change.